So many organizations and individuals have risen to fight for these species and animals, the government is also going its best to save the species from extinction.

Below is the list of the 7 most endangered species in Florida:

The Florida Panther is undoubtedly one of the most endangered species in Florida, the habitat of the Florida panther are: tropical hardwood hammocks, pinelands, and mixed freshwater swamp forests

The Florida panther is the only known cougar population in the eastern part of the United States of America, unfortunately, the Florida panther currently roams only about 5 percent of its original territory… Thanks to humans.

At birth, the cubs of a Florida panther have spotted coats and possess charming blue eyes, as the cubs the older, the spots on their coats gradually disappear. At adolescence, the cubs of a Florida panther become completely tan in coloration, and the eyes turn yellow, the underside assumes a cream coloration, while black patches appear on the tails and ears.

Despite being adapted to the environment around it, the cougar panther remains one of the most endangered species in Florida, efforts are being made by many organizations and individuals to save the Florida panther.

Diet: The Florida panther is a carnivore and preys on anything it can kill, including small animals like raccoons, armadillos, nutrias, hares, mice, and waterfowl, etc, and larger animals pigs, goats, cows, etc.

The number of surviving individuals: About 200 individual Florida panthers are living in the wild.

Weight: They weigh between 45 and 73 kilograms.

The Floria museum of natural history is doing its best to save the species and they have recorded huge success in recent years.

Females of this species may lay up to 300 eggs in their lifetime, they lay the eggs one at a time, the females lay this egg into the body of living plants. It usually takes 30 days for the egg to metamorphose into an adult Miami blue butterfly.

Location: The Miami blue butterfly is found in the northern part of Florida, including the coastal areas, pinelands, tropical hardwood hammocks, etc.

The number of surviving individuals: There are less than 100 Miami blue butterflies in the wild.

Weight: They weigh about 500 micrograms.

The gray bat is one of the endangered species in Florida, it is a species of microbat that is found only in North America, in recent decades, the gray bat has suffered a massive decline in population. Gray parts used to populate the southeastern part of the United States, but they are now restricted to a much smaller area.

The population of the gray bat dropped to a low of 2 million in 1976, and 1.6 million in the 80s, currently, regulations have been enacted laws protecting the gray bat from extinction and favorable result have been recorded. The species remain on the list of endangered species in Florida.

Gray bats are much dependent on caves for survival, they have gray-colored coats which sometimes turn to a chestnut brown or russet color after the molting season which occurs between July and August, they also possess rat-like mouths and black eyes.

The wing membrane of the gray bats connect to the toe unlike in other species which have their wing membranes connecting to their ankles, gray bats are known to live up to 17 years, the gray bats however have a fatality rate of 50 percent, which means that only 50 percent of them grow to maturity.

Diet: Gray bats mostly feed on insects while flying over rivers and lakes.

Length: Gray bats on average measure between 4 to 4.6 centimeters.

The number of surviving individuals: The population of gray bats is about 3 million.

Weight: They weigh between 7 and 16 grams.

The species are protected under the endangered species act, the bonneted bat has an exceptionally high wing loading and aspect ratios, the species possess an extended tail and glossy furs with a color range between brownish gray and cinnamon brown.

The hairs of Florida bonneted bats are poly colored as the tip of their hairs has a darker coloration in comparison with the base, some f the individuals have a broad white line that runs across their abdomen, they also possess large ears that, the position of the eyes makes their heads have an appearance similar to that of a bonnet, hence their names.

The bonneted bats were once thought to be extinct until some populations were discovered decades ago, the species were then added to the list of endangered species in Florida and the United States. They are non-migratory and do not hibernate.

Location: The Florida bonneted bat is found only in about 7 counties of southern Florida.

Length: On average they grow between 6 and 6.5 centimeters and have a wing length of 10.8 to 11.5 centimeters.

The number of surviving individuals: There are only about 1,000 Florida bonneted bats.

The key deer is one of the endangered species in Florida, it is endemic to Florida. The deer is much smaller than every other white-tailed species of deer in Florida.

For decades, the population of the key deer has been declining, this forced the fishery and wildlife service of the United States to add the key deer among the endangered species in Florida and have it protected by the laws of the state

The colors of the key deer range from grey-brown to reddish-brown, the fawns have white spots which fade as they mature, the females don’t grow antlers while the males grow antlers, these antlers are shed seasonally between February and March and another grown by June.

The new antlers are covered by a white coating with a velvet-like appearance; this material protects the tender antler from harsh conditions in the environment.

The key deer breed throughout the year, however, the month with the highest rate of matings is October, followed by December. The gestation period lasts an average of 200 days, most births between the months April of June.

Key deers are perfect humans and have little fear of humans compared to other deers, they live near human settlements and roam freely while foraging. This behavior is likely to be one of the reasons they are among the endangered species in Florida.

Location: The wild key deers are found in the Sugarloaf and Bahia Honda keys in Florida, while those in captivity are in The National Key Deer Refuge in Florida.

Diet: The deers feed mostly on mangrove trees and thatch palm berries, while also foraging on over 150 other species of plants.

The number of surviving individuals: There are about 700 to 800 key deers.

The red Wolf is a species of wolf that is found in the southeastern part of the United States, it is one of the endangered species in Florida.

The red wolf is a close relation to the Eastern wolf found in Canada, it has physical features that resemble that of coyotes and grey wolves.

The red wolf is sometimes not regarded as one of the endangered species because of the argument as to whether the red wolf is a distinct species of wolf, a subspecies of the gray wolf, or a cross-breed of coyotes and wolves.

In 1996, the IUCN officially added red wolves to the list of endangered species in Florida and Thee United States.

The red wolves are partly social animals and live in packs, a pack consists usually of 5 to 8 individuals, which is made up of one breeding pair and their offsprings.

As soon as the puppies in the pack grow up, they live the pack to form a separate pack and start a new pack.

Red wolves have territorial behaviors, they also form lifetime bonds with partners and mate one in a year, in February.

The females give birth in well-hidden areas and inside holes, but less than half of the offspring live to maturity, hence, they find themselves among the endangered species in Florida.

Location: Red wolves are found in specific locations within the southeastern part of The United States.

Diet: Red wolves tend to hunt small animals like raccoons, rabbits, etc, but they feed on any prey they can kill.

Length: Red wolves are 4 feet long on average and have a shoulder-length of 26 inches.

The number of surviving individuals: There are about 20 to 40 red wolves today.

The eastern indigo snake has posses glossy iridescent ventral scales which have a blackish-purple coloration when subjected to bright light, hence the name “indigo snake”.

The indigo snake has a similar body size to the eastern diamondback rattlesnake, but the rattlesnakes outweigh them.

The eastern indigo snake has dorsal and lateral scales of bluish-black color, some individuals, however, have reddish-orange or tan colored patches on their cheeks, can l chin, and throat.

Adult male eastern indigo snakes are slightly larger than the females, the juveniles have a glossy black coloration with whitish-blue bands which fade away as they grow.

Location: Eastern indigo snakes are found in Peninsular Florida and the southeastern part of Georgia.

Diet: Eastern indigo snakes mostly feed on rodents and any other animal they can manage to put down their throats, including snakes.

The number of surviving individuals: There are about 100 eastern snakes in Florida.

This content only includes the 7 most endangered of all the endangered species in Florida, with all the basic and some secondary information about them. A few of the species might be missing though as data changes daily. 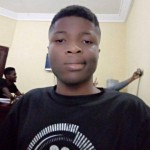